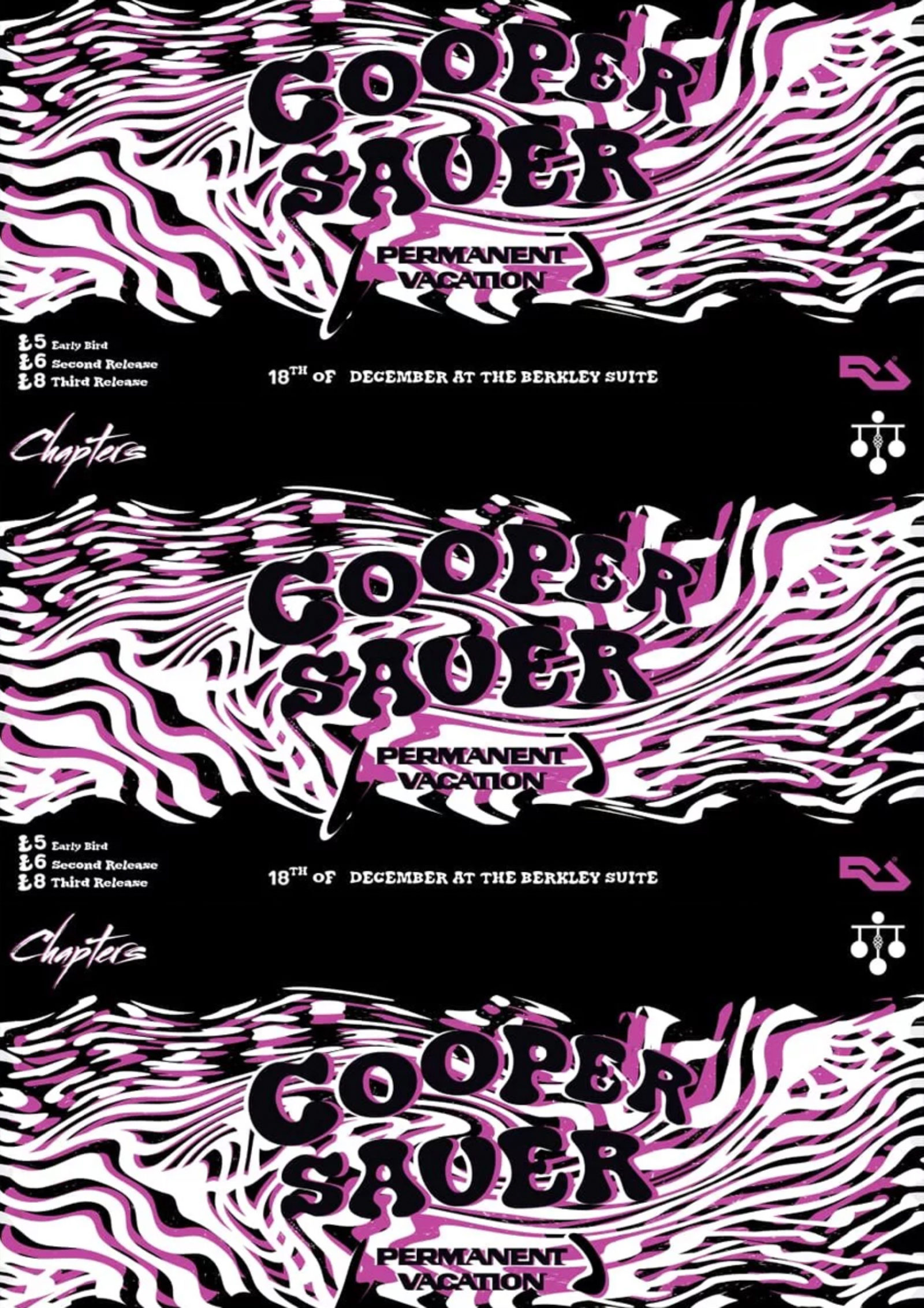 We're absolutely buzzing to be bringing Cooper Saver to Glasgow for our final party of the year!

Cooper Saver is a Los Angeles based DJ and producer responsible for the Far Away party, cassette mixtape series, and radio show on Dublab. Over the last 7+ years, Cooper has consistently brought unique and underrated talent from abroad for his monthly late-night warehouse party while also regularly traveling around the world to DJ.

As a producer, Cooper maintains a steady flow of remixes—recognised most for frequent remixes on DFA RECORDS. Cooper’s original music has recently begun to surface on labels such as Permanent Vacation and Internasjonal —a growing collection of sounds influenced by his experiences as a DJ and many years spent on dance floors.

After 3 years of our residents (and a few local guests) laying down the Chapters sound across the city, we can't think of anyone more suitable to join us as we make our first appearance at The Berkeley Suite on December 18th.