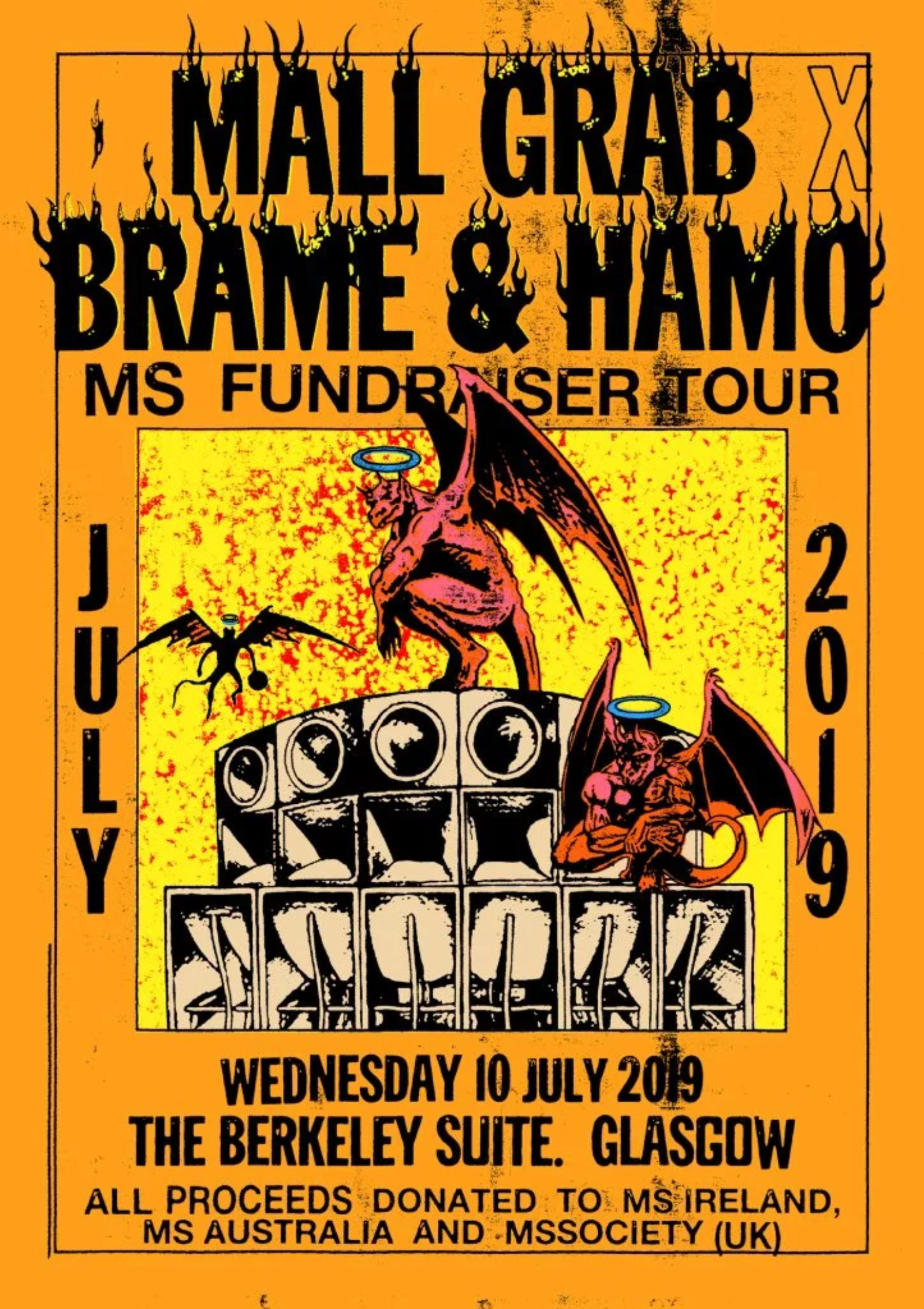 Mall Grab and Brame & Hamo have teamed up for three mid-week UK gigs to raise money for a trio of Multiple Sclerosis charities. Taking place over Tuesday 09th July, Wednesday 10th July, and Thursday 10th July in London, Glasgow and Manchester respectively, the fundraising events will forward proceeds spend to a nominated charity in each of Australia, Ireland and the UK.

Multiple Sclerosis is a condition which attacks the brain and spinal cord, and in turn the body’s central nervous system. This can lead to a range of symptoms including both physical and emotional problems.

Both Jordon (Mall Grab) and Tiarnan’s (Brame) mothers suffer from MS. Having met at a gig in Ireland, the pair had a long discussion about their parent’s ongoing struggles with the condition. They realised they had an opportunity to raise awareness and money through their positions as DJs, and a plan was hatched to throw some fundraisers:

“MS can often be an invisible condition, making it hard to diagnose and treat. We are raising money for MS charities to continue to do their amazing work in providing much needed physical and emotional support for people suffering from MS. We want to thank all the clubs, promoters, staff and of course the dancers for donating their time and money to help this cause”. - Brame & Hamo

"MS is not mentioned often within a younger age bracket, however it is a disease that affects someone you know. As one of these people personally affected it’s time to raise some awareness and money to learn and educate while having fun.’- Mall Grab