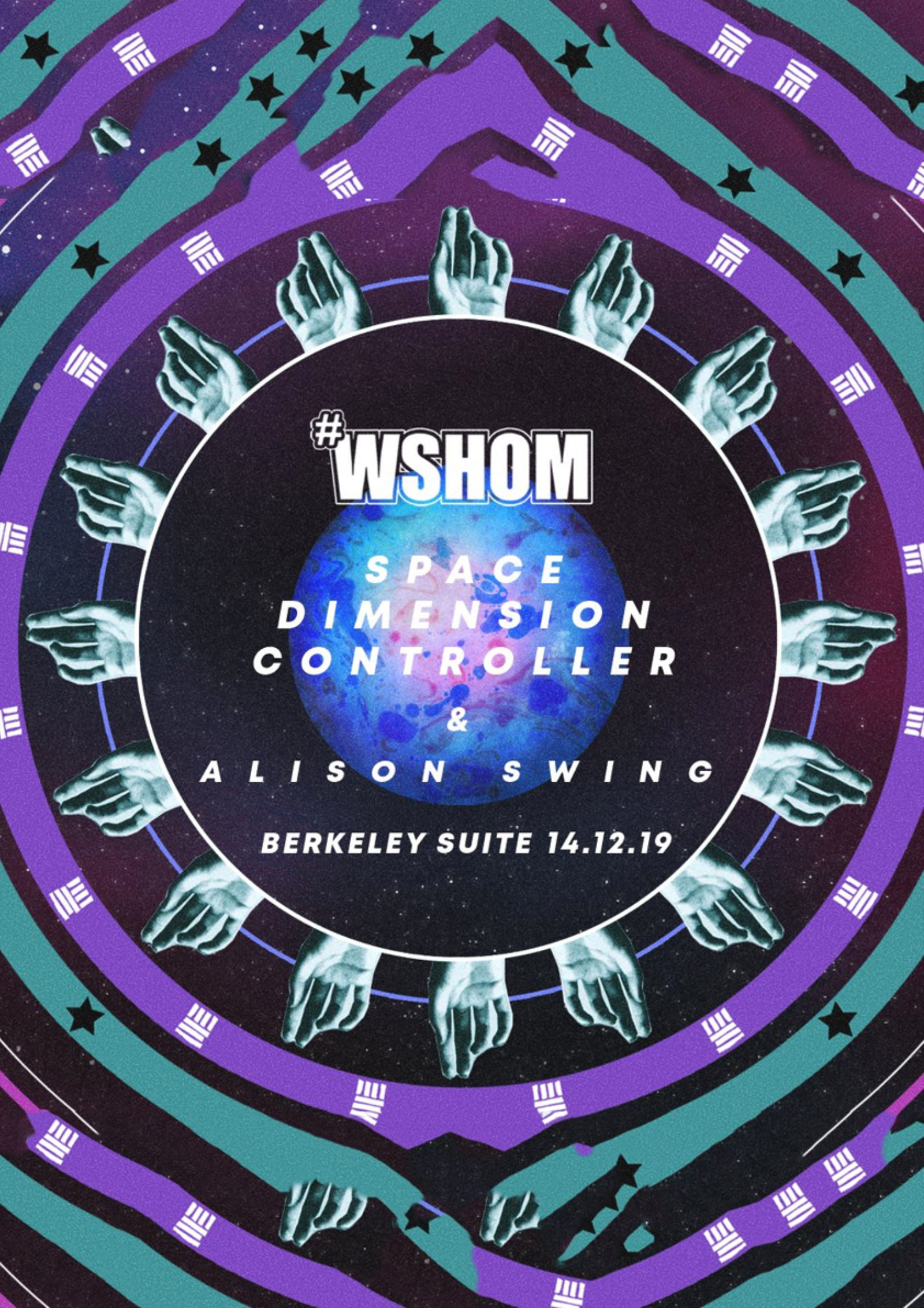 After many solitary years in space, Mr 8040 has made contact again to LAUNCH HIS NEW ALBUM...

Reflective and introspective with a breathtaking command of melody and composition, Space Dimension Controller has long been a WSHOM hero. With a new album from deep space coming out on R&S Records, the home of landmark works, including Mercurial Attraction and Transatlantic Landing Bay, Jack Hamill brings an immersive, eclectic blend of sounds from a range of decades and genre identities, weaving sets with that ever present cosmic energy so identifiable to his production style. Absolutely stoked to welcome this traveller back to our corner of this distant planet to launch his new album.

Whilst not being the outer reaches of the Horsehead Nebula, Los Angeles is still quite a hop to The Dear Green Place, but one Alison Swing is making via Berlin to join the welcoming party. A DJ we've loved ever since an XLR8R article early last year drew attention to the Dig Deeper founder and resident and her recent relocation to Berlin. Since then, she's been laying down at some of the most exciting, forward thinking parties in Europe, including a residency at Wilde Renate Club in her adoptive home. One of the most intuitive selectors of hazy euphoric dance floor cuts of funk laden house, disco and beyond, her sets set the bar in contemporary dance music and will be making serious waves in the coming years.