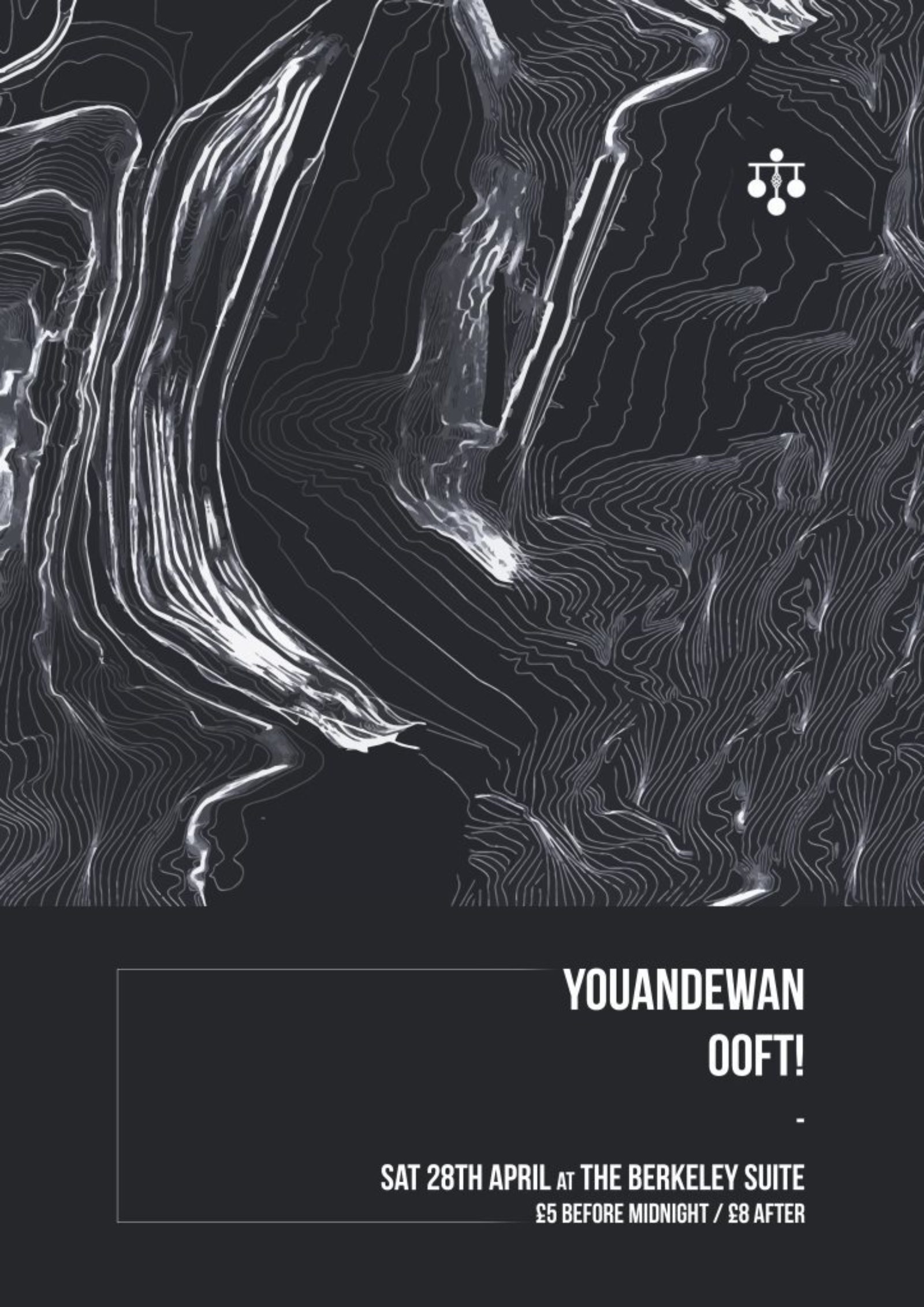 Youandewan aka Ewan Smith, has been quietly crafting his gentle brand of house in Berlin (via Yorkshire). His productions are best exhibited on his debut album "There is no right time" on Aus Music. With careful, considered drums, and dreamy keys and synths it's a proper joy to listen to!

Lending support is our keeper of the keys OOFT! fresh of the back of the release of his own debut album